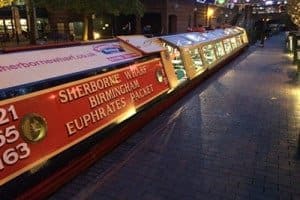 Magic on a barge!


This week I’ve been performing magic on a barge in Birmingham on the Birmingham canal, The barge had everything you could of wanted, a bar, a toilet and a driver.

This was for Markem-imaje annual party I’ve performed for them on many occasions.

It was the Groups company party which was in the middle of their trade show at the NEC in Birmingham.

The NEC has changed a lot since HM The Queen officially opened the it in 1976. It’s grown significantly in size and reputation for starters, to become the UK’s number one venue of choice for organisers, exhibitors and visitors. It originally had seven exhibition halls – today it as 18. Not to mention 32 conference suites and a host of additional outdoor spaces.

The company Markem-Imaje is a global manufacturer and distributor of specialized traceability, variable data and product identification equipment, for customers in the packaging industry.
The company is headquartered in Geneva, Switzerland. Markem-Imaje is a wholly owned subsidiary of Illinois-based Dover Corporation. 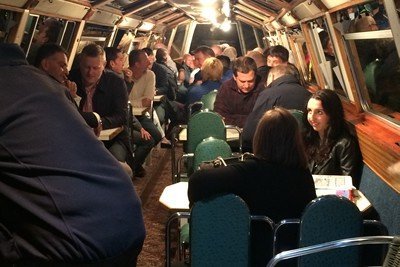 It was a great party with lots of laughs. As you can see from the photos there wasn’t much room to entertain but it went extremely well the hour went really quickly and it was soon time to disembark.

I’ve been invited back next year, Which their planning something bigger and better looking forward to it.

Book a Birmingham magician for your trade show or company party. Book Now!