Magic Circle Magician of the year 2013 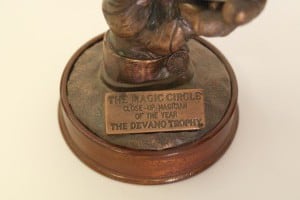 The Magic Circle Magician of the Year 2013

So it was a Monday night, March 2013 there was tension in the air and I’ll admit I was a bit nervous sat back stage in the theatre, you see it was the biggest annual competition in the magic calendar the one every close up magician wants to win ‘The Magic Circle Magician of the Year’.

I was one of the eight finalist’s in this years competition held at The Magic Circle Headquarters in London for The Devano Trophy.


I had eight minutes to impress the audience and judges who were sleight of hand expert Guy Hollingsworth, Street magician and countdown star Paul Zenon and eighties pop star Marc Almond. 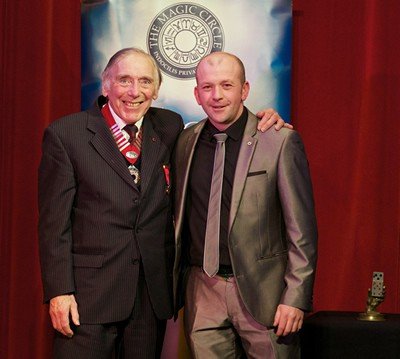 It was a close competition with some great acts and the judges had a difficult decision but after some deliberation I was placed third out of eight in the final which although not a win i’m very pleased with.

The trophy was named after Harry Devano a Scottish magician and member of the Inner Magic Circle he invented the trick named The Devano Rising Card Pack in 1948. Which is actually what the trophy is modelled on.

(photo of me and MC president Jack Delvin).