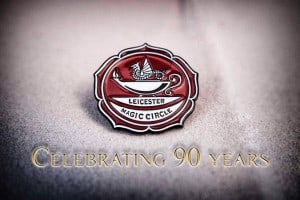 The Leicester Magic Circle is one of the oldest magical societies in the world. In 1924 some half dozen keen magicians began to meet every Saturday afternoon, with Will Sutton as an informal chairman. Eventually with growing numbers, they were forced to book a series of ever larger rooms to hold meetings, eventually finding themselves at the YMCA for some ten years.

For a short while waning interest forced the group to stop meetings but the opening of Wilf Hubbard’s Magic Shop in 1935 drew more newcomers, with meetings resuming in the King Richard pub, Leicester.

As the new chair, Cyril Gibbons realised that the reformed Circle could only survive if it ran itself on business principles. This meant new officials, a new location, the White Hart hotel, Leicester, and a new President, Sir Julien Cahn.

Sir Julien’s name is still important to members, to this day the Circle holds a stage magic competition for the Sir Julien Cup. Until 1999 this was held in Stanford Hall, Sir Julien’s home, where he had a fully equipped 352 seat theatre built so that he could perform whenever he wanted. 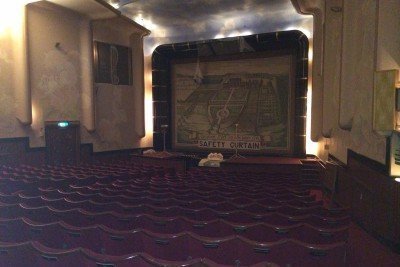 1935 saw the first Annual Dinner, well attended and a taste of things to come: skip forward some years and here we are 90 years on from that first meeting and its the 90th Dinner of The Leicester Magic Circle.

In this year I’m very proud and honoured to be Chairman of the Leicester Magic Circle and to stand in front of members and guests at the dinner at this historic time, leading the circle forward is a special thing for me.

The dinner went with a blast with a full four course meal, entertainment and awards, I was very pleased to present my first mentor in magic and the guy who first taught me the importance of entertainment Scotty Thompson with honouree life membership of The Leicester Magic Circle. (photo below). Book a Leicester Magician Here! 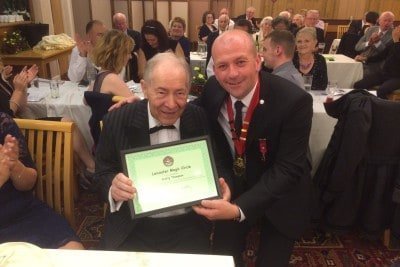