Performing in the morning is an unusual thing for most magicians but Gala Bingo wanted just that.

But the question is why would Gala Bingo want a Midlands magician on a Sunday morning, well it was their big giveaway event which happens every two years the last one was an all expenses trip to Las Vegas (I’d remembered the excellent Elvis impersonated Mark Summers but mainly the dancing girls that’s really why I agreed to do the job). 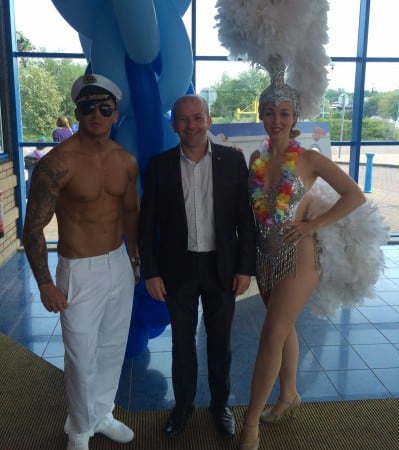 This year it was an all expenses paid mediterranean cruise for two, so who’s going to get up for that on a Sunday morning, well everybody believe you me, there were over 300 people at the Fenton, Stoke on Trent gala bingo and the same for over eight different venues across the UK.

These gala bingo’s at mid morning already after ten games of bingo all linked together for the one big game with a chance to win the cruise.

I must admit it wasn’t the usual gig (or Sunday morning) but boy were they lively and not even old (not to be rude) I’d say the average age was around 40 which surprised me because as a kid I only remember bingo being played by elderly, smoking grandmas and aunt’s, but then I did spend a lot of time in working men’s clubs.

The overall winner on the day was Rosie Ford, 56, from Weymouth in Dorset she said “I haven’t had a proper holiday in years, not what you’d call a holiday. It’s going to be lovely.” “I’m taking one of my sisters as she cares for our mum and works really hard.

So I wish Rosie and her sister a great trip and all the best for the bingoing future.