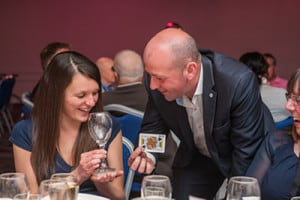 For the third year running I was at the East Midlands conference Centre in Nottingham for The Stroke Assembly to perform my table magic at their annual awards dinner.

Again the 250 delegates were full of fun and enjoyed the magic until late into the evening.

The Stroke Association was formed in 1992 out of the Chest, Heart and Stroke Association (CHASA), to focus exclusively on stroke. The preceding decades had seen the development of community based rehabilitation programs based on the work of Valerie Eaton Griffiths with actress Patricia Neal – wife of author Roald Dahl – following her series of severe strokes in the 1960s.

Supported by the CHASA, these services became an increasingly significant part of their work until the charity decided to focus all of its attention and resources on stroke to become the Stroke Association. 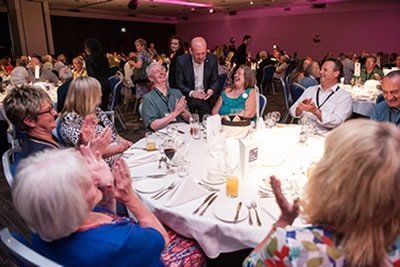 The organiser of the conference said again like other years it was another fantastic start to their conference. She even called me a few days later to say they were even talking about me the next day in the hotel, at breakfast. They’ve already booked me for next year look forward to seeing you then.