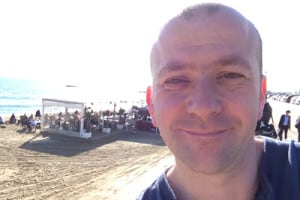 Trade-Show in the sun of Barcelona

It’s always nice to receive a phone call from a company like www.feedhenry.com that want to fly you out to Barcelona to perform magic on their trade show stand at the CCIB.

The Exhibition was all about cloud security, everyone from Apple, Google & Dell were there showing how safe it was or can be to keep things in the cloud.


About Red Hat Feed Henry
FeedHenry was initially built by a mobile application services company of the same name based in Waterford, Ireland.

In September 2014, Red Hat acquired FeedHenry, and in keeping with their philosophy, began the process of open-sourcing the platform.

I only spent a couple of days in Barcelona but how often do you get to have lunch on the beach before you go to work and then dinner in a Spanish restaurant afterwards. Eviva espana!

Book a corporate magician for your trade show Book Now.